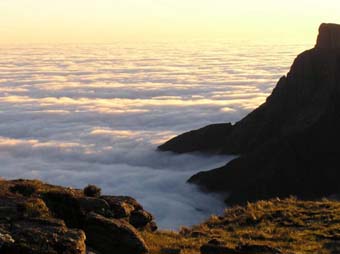 The poems contained in Songs of The Soul are reflections and images of the higher worlds that Paramahansa Yogananda  experienced.

For example, a Poem such as Samadhi imparts a revealing glimpse of the highest Transcendental Consciousness. True, words can never adequately describe a state of consciousness, however these poetic images are like a “finger pointing to the moon” – a guiding light to inspire us to travel along the path of the mystic.

Also these poems, such as Nature’s nature  show Yogananda’s deep reverence for nature,  however to Yogananda nature is not just beautiful to behold, but also is a manifestation of the Cosmic Spirit.

– As Paramahansa Yogananda observes, although Khayyam’s work may have been misunderstood in the West, its meaning had never been in doubt in Persia, where “Khayyam has always been considered a highly advanced mystical teacher, and his Rubaiyat revered as an inspired Sufi scripture”.