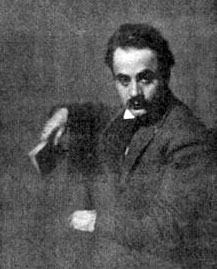 Kahlil Gibran was a poet, philosopher, and artist. Kahlil Gibran was born in Lebanon, a land that has produced many prophets and is widely considered to be on the greatest Arabic prophets of our age. His writings have been translated into many languages and his fame and influence have spread far beyond the middle East. Kahlil’s most famous work is his short book “The Prophet” (1923). The prophet is a book of 26 poetic essays which deal with issues such as birth and death.

“Love gives naught but itself and takes naught but from itself.
Love possesses not nor would it be possessed;
For love is sufficient unto love “

Extract from “The Prophet” by Kahlil Gibran