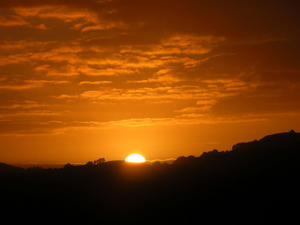 “NOT one is filled with madness like to mine
In all the taverns! my soiled robe lies here,
There my neglected book, both pledged for wine.
With dust my heart is thick, that should be clear,
A glass to mirror forth the Great King’s face;
One ray of light from out Thy dwelling-place
To pierce my night, oh God! and draw me near ”

Hafiz: The Mystic Poet series.This contains a selection from the original “Teachings of Hafiz” by G. Bell

This beautiful sampling of Hafiz’s works captures his deep spiritual understanding, offering a glimpse into the vision that has inspired people around the world for centuries. Considered by his contemporaries as an oracle and often referred to as “Tongue of the Hidden” and “Interpreter of Secrets,” Hafiz followed Sufism’s inner path on a quest to discover the hidden meaning of the universe, and shares his experiences and desires for union with the Divine in symbolic language that borders on magical.

Infused with the spirit of love and joy, this unique collection offers insight into Hafiz’s spiritual philosophy and carefree mysticism that addresses the earthly beauty, pain, ecstasy, and longing that define human nature, and the divine adoration that promises to set the spirit free.

Ambiguity is a major characteristic of Persian poetry and Hafiz was one of the greatest masters of this artistic quality: each reader tends to see his or her own experiences reflected in the poems. As a result, it is usually unclear whether in a given verse he means actual wine of spiritual wine, a male or female beloved, a human beloved or God, and so forth….
But after reading the same images over and over in ever-changing contexts, one gradually leaves behind the ordinary material world and enters into a realm in which everything symbolizes the beautiful qualities of the beloved, who ultimately is God and the source of Love.

From the Preface by Ibrahim Gamard

Preface is from Hafiz: The Mystic Poets