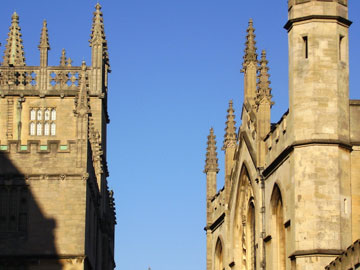 Professor Andrew Motion was born in London on 26 October 1952, and read English at University College, Oxford. He taught English at the University of Hull (1976-81) where he met the poet Philip Larkin. He was editor of Poetry Review (1981-83) and was Poetry Editor and Editorial Director at London publishers Chatto & Windus (1983-89). He succeeded Malcolm Bradbury as Professor of Creative Writing at the University of East Anglia and is a Fellow of the Royal Society of Literature. He has been Chairman of the Arts Council of England’s Literature Panel since 1996. An acclaimed poet (and champion of poetry), critic, biographer and lecturer, Andrew Motion became Poet Laureate in 1999 succeeding Ted Hughes.

Andrew Motion is also the author of several acclaimed biographies including The Lamberts: George, Constant and Kit (1986), which won a Somerset Maugham Award; Philip Larkin: A Writer’s Life (1993), which won the Whitbread Biography Award; a life of John Keats published in 1997; and Wainewright the Poisoner (2000), an account of the life of Thomas Wainewright, critic, forger, painter and suspected murderer.

Andrew Motion lives in London with his wife and their three children. His most recent collection of poems, Public Property, was published in September 2002, and a new short novel, The Invention of Dr Cake, which combines elements of mystery and detective fiction with a love story, is forthcoming in 2003.

Picture by Richard (Bodleain and All Souls College Oxford 2006