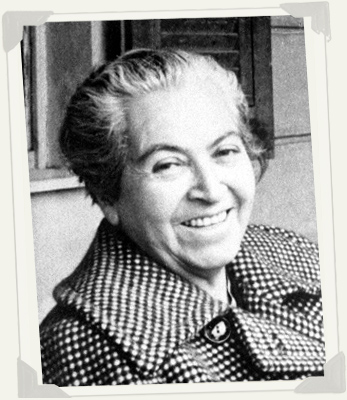 Gabriela Mistral was the first female Latin American poet to receive the Nobel Prize for Literature. She received it in 1945 for:

“for her lyric poetry which, inspired by powerful emotions, has made her name a symbol of the idealistic aspirations of the entire Latin American world”

Gabriela Mistral was the pseudonym for Lucila Godoy y Alcayaga. Her personal life was marked with tragedy. She was born in Vicuna, Chile in 1889 but her father left the family at the age of 3. By the age of 16 she was supporting her mother by working as a teacher’s aide. In 1906 she met Romeo Ureta, who became the great love of her life.

“Love beauty it is the shadow of God on the universe”

Unfortunately he killed himself in 1909 and this left a profound impact upon her life. Even more tragically, Gabriela was also later to see her nephew (whom she looked upon as a son) commit suicide at the age of 17.However despite personal setbacks Gabriela was able to pursue a very successful career in education. This was partly because she became a successful writer. She had many works published, dealing with many issues related to education and poetry.

Many of the poems in Ternura deal with themes from childhood. However her poems also express much deeper ideas as well. Mistral wrote frequently of images such as love (especially motherly love). Mistral’s poems were influenced by her Christian faith – she was a lay member of the Franciscan order. A recurrent theme in some of her poetry is the concept of ‘rebirth’ after death -a liberation from the world. In the 1930s Francisco Donoso, a Chilean author and priest, wrote that “almost all of Gabriela Mistral’s poems have the accent of a prayer”.

This is an example of her poetry which expresses her awareness of the delicacy of nature.

(Do not trample the earth, do not crush the sweet-smelling fruit.
For love of it, bend down, smell it and give it your mouth.)

Mistral passed away in 1957, on her tomb were inscribed her own words:

“What the soul is to the body, so is the artist to his people,”

” Gabriela was to Spanish – America what Unamuno was to modern Spain. She represented the basic and typical essence of our race as Unamuno represented that which was typically Spanish. She carried within her a fusion of Basque and Indian heritage: Spanish in her rebellious, individualistic spirit; very Indian in her long, deep silences and in that priestly aura of stone idol. To this representative cultural value must be added the great value of her literary work, an incomparable document for what it reveals of her person and for its unique American accent.”

(From Gabriela Mistral: The Poet and her work, NYUP 1964)

As well as being a poet Gabriela played an important role in the educational systems of Mexico and Chile, was active in cultural committees of the League of Nations, and was Chilean consul in Naples, Madrid, and Lisbon. She held honorary degrees from the Universities of Florence and Guatemala and was an honorary member of various cultural societies in Chile as well as in the United States, Spain, and Cuba. She taught Spanish literature in the United States at Columbia University, Middlebury College, Vassar College, and at the University of Puerto Rico.