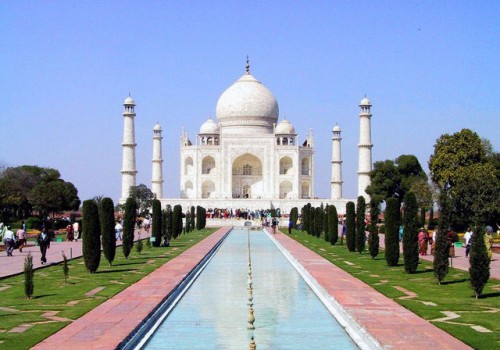 INDIA IS NOT JUST A PLACE.

India is not just a people.
India is the celestial music,
And inside that music
Anybody from any corner of the globe
Can find the real significance of life.

“Spirituality is the master key of the Indian mind. It is this dominant inclination of India which gives character to all the expressions of her culture. In fact, they have grown out of her inborn spiritual tendency of which her religion is a natural out flowering. The Indian mind has always realized that the Supreme is the Infinite and perceived that to the soul in Nature the Infinite must always present itself in an infinite variety of aspects.”

“India of the ages is not dead nor has She spoken her last creative word; She lives and has still something to do for herself and the human peoples.”

” I loved my motherland dearly before I went to America and England.
After my return, every particle of dust of this land seems sacred to me. “

“The national ideals of India are Renunciation and Service. Intensity in those channels, and the rest will take care of itself. “

“Today’s India is poverty-stricken. But tomorrow’s India will be prosperous. She will be a mighty wave of hope and faith. Her very thought will be stirred with a new vision. Infinite will be the possibilities on her horizon. He sacrifice will build a more durable foundation for mankind. She will contain within herself nationalism and internationalism, becoming the true symbol of spirituality in action.”

“India is the cradle of the human race, the birthplace of human speech, the mother of history, the grandmother of legend, and the great grand mother of tradition. Our most valuable and most artistic materials in the history of man are treasured up in India only!”

“If there is one place on the face of earth where all the dreams of living men have found a home from the very earliest days when man began the dream of existence, it is India!”

“If I were asked under what sky the human mind has most fully developed some of its choicest gifts, has most deeply pondered on the greatest problems of life, and has found solutions, I should point to India.”

“The Indian way of life provides the vision of the natural, real way of life. We veil ourselves with unnatural masks. On the face of India are the tender expressions which carry the mark of the Creator’s hand.”