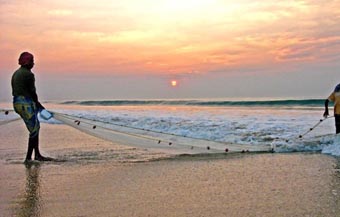 Around the 8th century, a very popular story was being told about a man named Beowulf. Beowulf was a Geat, a Scandinavian from what is now southern Sweden. The Geats, for a long time rivalled the northern Svear in fame and power.

Beowulf may have been the name or nickname of a historical Scandinavian prince. Beowulf was renowned for legendary and humanly impossible feats of strength and prowess, such as swimming for five days with a sword in hand, fighting off whales, and rescuing the beleaguered people of Denmark from the monster Grendel and his mother, not to mention killing a dragon in his old age. He was the northern world’s equivalent of Superman, or Hercules. He was a great hero, admired by many men, brave, powerful, noble, and above all else honorable.

Honor meant a great deal to the ancient Anglo-Saxons and their fellow Germanic tribes. If a man swore an oath, he was expected to fulfill it, even if it meant his death. There was greater shame in a warrior’s return from the field of battle than in his dying beside a fallen comrade or chieftain. The ancient Germans felt that valor in battle was so important, the Romans recorded a horrific battle with the rampaging Cimbri where, after being defeated by Roman legionnaires who only a few months before had been terrified of them, the Cimbri warriors turned and fled back toward their camp. Their women, so outraged at the cowardice of their men, and realizing they would suffer a fate worse than death, reportedly slaughtered their own warriors as they sought refuge amid the wagons and baggage.

Beowulf’s career was immortalized in an epic poem which undoubtedly was performed throughout England (Angle Land), Denmark (home of the Danes), Sweden (home of the Geats and Svear), and other Scandinavian and Germanic lands. However fantastic his deeds may have been, he left a long-lasting impression upon the Anglo-Saxon people. The poem was written down in the 8th century, probably in the kingdom of Northumbria. From there the manuscript spread to other parts of the Anglo-Saxon world. But in 1066, when the Normans conquered England, most of the ancient Anglo-Saxon literature was destroyed. Only a few short poems, the Anglo-Saxon chronicle, and one copy of the Beowulf manuscript survived to record the proud Anglo-Saxon heroic tradition.

John Ronald Reuel Tolkien wrote an outstanding critical essays, “Beowulf: the monsters and the critics”, which galvanized the literary community and revolutionized the way they evaluated classic Anglo-Saxon literature.

Tolkien went on to become more famous as the inventor of hobbits and the author of stories about Middle-earth, such as The Lord of the Rings, but he is credited by nearly every modern Beowulf scholar with inspiring their renewed passion in the old Geat. There are many translations of the poem, and some are more difficult to read than others. But once a satisfactory and comfortable translation has been found, the reader is assured of a worthwhile adventure, and a long journey through the land of Faerie, as Tolkien might have put it.