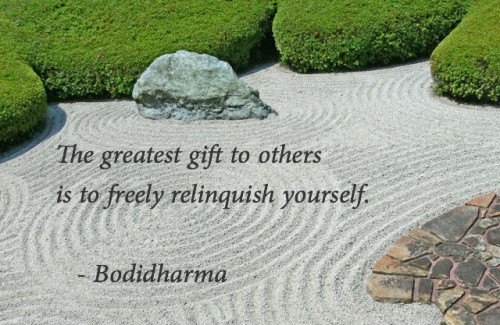 The greatest gift to others
is to freely relinquish yourself. 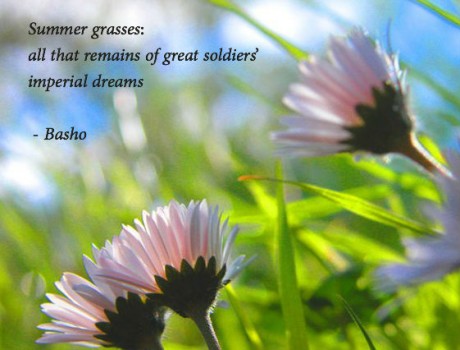 Summer grasses:
all that remains of great soldiers’
imperial dreams 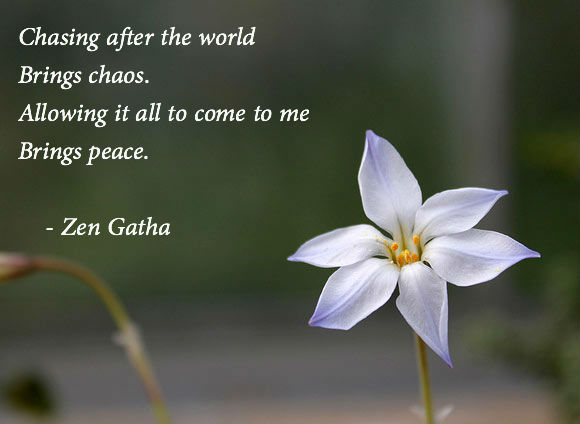 Chasing after the world
Brings chaos.
Allowing it all to come to me
Brings peace. 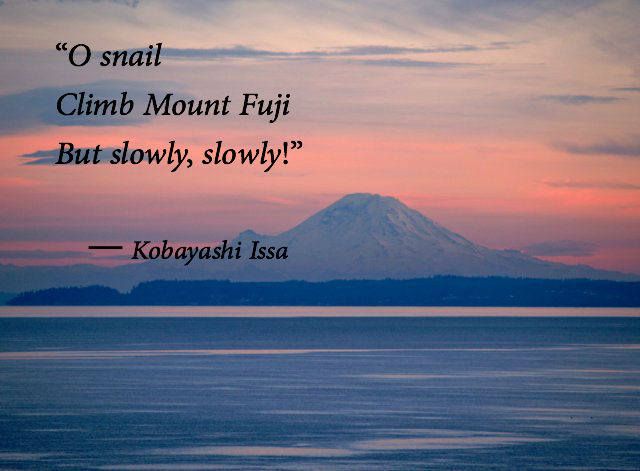 The Zen Masters teach that the pure mind is the eternal Buddha – nature. To attain enlightenment, to be aware of one’s own Buddha – nature, it is necessary to go beyond our ordinary thoughts. When we are free from our own projections and ideas, we can be aware of the Buddha Reality which is all pervading.

” Confused by thoughts,
we experience duality in life.
Unencumbered by ideas,
the enlightened see the one Reality.”

Zen quotes are inherently paradoxical, because the goal of Zen cannot adequately be described in words. Great Zen Masters often appeared to be talking in riddles as they tried to point their students towards their Buddha nature – A consciousness that is all pervading yet eludes our grasp.

” It is present everywhere.
There is nothing it does not contain.
However only those who have previously
planted wisdom – seeds will be able
to continuously see it.”

Zen teachings are noted for their compact and terse nature. This is because enlightenment cannot be attained by studying complex scriptures, enlightenment comes through inner practise.

” I have not heard of a single Buddha, past or present,
who has been enlightened by sacred prayers
and scriptures.”

The wind has settled, the blossoms have fallen;
Birds sing, the mountains grow dark —
This is the wondrous power of Buddhism.