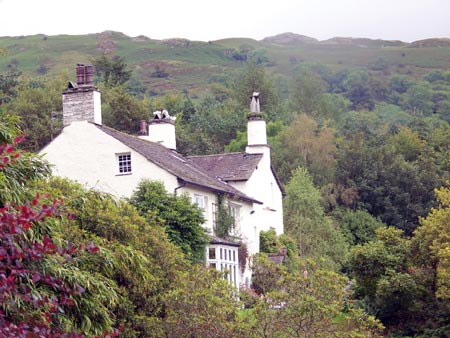 William Wordsworth was one of the greatest poets of the ages, who excelled in vivid descriptions of nature and the joy that could be derived from the beauties of nature. For much of his life he lived in the Lake District, near Grasmere Lake in “Dove Cottage”.

He established his reputation as a poet of great lyricism with his “Poems in Two Volumes” published in 1807; these included his famous “Daffodils” and “Ode: On the Intimations of Immortality from Recollections of Early Childhood”. In 1843 he was appointed Poet Laureate.

Photo of Wordsworth’s house at Rydal Mouunt By: Tejvan