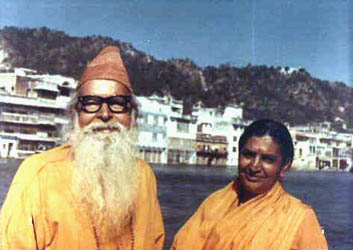 Later in his life, after the passing of Sri Aurobindo, Dilip Kumar Roy founded his own Ashram (Hare Krishna Mandir) in the south of India. He spent much of his time singing Bhajans, (devotional songs). Dilip composed many spiritual poems / songs and also translated many great Hindu Poetsinto English.

On this site you will find information about Dilip Kumar Roy, his ashram and Ma Indira Devi.